The popular Pastor Mrs. Veronica who recently declared that she can heal men of their infertility by simply going to bed with them has come again with another statement that is surely going to shake the internet once more.

The controversial Pastor said that if a woman s!eeps with her husband’s brother that she has not cheated on her husband because the brother is still the husband’s lineage

When advice like this come from clergy men and women, it leaves one surprise and confused as to whether to take the advise or not, though to the gullible, whatever comes from a self acclaimed minister is true.

According to reports, the female minister said that in other for a wife to have something doing with her husband’s brother it means she still love and belongs to the family else she would have done it with an outsider.

She said, such an act is not classified as cheating because it is still within the family and they are one blood which explains why sometimes family members call their brother’s wives ‘our wife’, which means she belongs to everyone in the family. 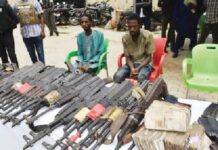 March 12, 2020
0
A policeman attached to the Ondo State Police Command has allegedly shot his wife dead and committed suicide. 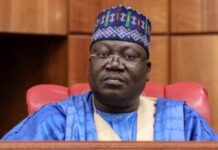 MURIC TO S/W Governors: Your Cabinet Should Be A Mixture Of... 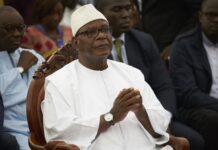 Form A Cooperative Society To Improve The Standard Of Living, Former...

Because The Torture Was Too Much, Our Friend Told His Kidnappers...

Policeman Who Attacked Lady In Lagos, Shot Her For ‘Turning Down...

HouseWife Arrested For Allegedly Stabbing Husband To Death In Katsina

I sleep With My Father Because He Doesn’t Cheat On Me...